The Tyranny of Slenderness 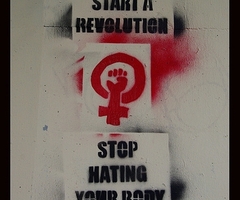 The body often shows us the physical manifestation of the brunt of our physical, emotional and spiritual exploitation under capitalism. Just as a worker in a factory may be cursed at by their bosses for not working fast enough because of pain in their hands and backs from hours of repetition, so too do we get cursed and abused by capitalism for our bodies’ physical manifestations of the exploitation we experience in our everyday lives.

Everywhere we look we see the image of the ‘perfect body’, an emaciated body is projected onto us by this exploitative system as a way to repress the majority who cannot conform. An emaciated body, representing the emotional, spiritual, mental and physical hunger we all experience under an economy based on exploitation and profit, rather than human need. A body that everyone wants but no one can achieve; for this body is not real. Just as the body on the billboard advertising the latest fashion, has been warped, cropped and coloured to trick us into believing that the emaciated and sick is beautiful, so too does capitalism warp, crop and colour our exploitation to blind us of the reality of this sick and corrupted system. This body dominates our thoughts and conversations as well as those who judge us by it. It dominates how we feel about ourselves. It dominates our television screens and creates huge amounts of profit for fashion, weight loss clinics, pharmaceutical companies, cosmetic surgeons and other parasitical industries feeding off the vulnerable. This body represents perfectly the unsustainable system which dominates our world, but sadly it also represents the domination and emotional hunger experienced in many people’s lives.

This is the tyranny of slenderness!

This emaciated body has not always been the ideal for women to conform to. There was a time under capitalism that a curvaceous woman was the picture of beauty. So why has this changed? Why do so many women strive for the pre-pubescent, boyish figure which we are brainwashed into thinking is normal for a grown woman? Why do almost all women think that a size 12 is fat? Why are most women not happy with the way they look? Why do we live in a society where people starve themselves to death or eat themselves into oblivion? 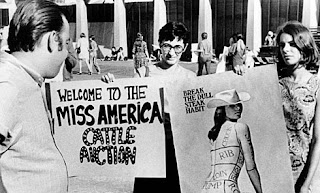 There are so many places to point the finger too, but more than often we point it ourselves or at one another rather than pointing it at those who impose their ideologies upon us for their own benefit. How often do we judge those people walking down the street who do not fit in the box of a ‘healthy weight’? All too often there are snide remarks and laughter which follow those who are overweight or gasps and looks of horror at those who no longer eat. Both those who eat to a point of excess and those who starve themselves are representing the lack of control we have over our lives. Some people feel that the only thing they can control is what they eat and so when they realise they cannot control any other aspect of their lives they restrict themselves from participating in one of the fundamental acts of keeping ourselves alive.

The anxiety girls and women experience from feeling unattractive is arguably one of the most pervasive and damaging consequence of advertising and mainstream media. Only one body type is almost always presented in the media and in advertisements -- that of a very tall,thin woman -- a woman who would meet the criteria for anorexia as 15% below normal weight. In reality, this unhealthy body shape is unattainable for 99% of women.

Eating disorders are a symptom of a sick society.  A society that celebrates thin women in the media, advertising, film and chastises women deemed overweight. 'A WOMAN can't be too rich or too thin.' So said the Duchess of Windsor, and so says every fashion and beauty magazine, every television ad, every weight loss centre and even many families, friends and doctors. 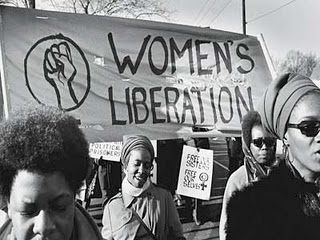 The most well-known eating disorder, anorexia nervosa, is the third most common chronic illness among young women. Anorexic women suffer from the perception that they are overweight, when they are in fact often dangerously thin. Other common eating disorders include bulimia nervosa, in which a person binges and then purges themselves (usually by self-induced vomiting), and binge eating, in which a person cannot control their desire to overeat. While some men experience eating disorders, over 90% of people with them are women.

Naomi Wolf’s book The Beauty Myth (1990) powerfully documents the effects of the unattainable body ideal on women's physical and mental health, and indicts the fashion, cosmetics and plastic surgery industries, which benefit from women's misery to the tune of billions of dollars a year.

These profits are made by creating a deep sense of dissatisfaction amongst millions of women about their bodies, a dissatisfaction that is growing with the growing gap between the 'ideal' body and reality.

Media images do have a powerful effect, but they are also continually reinforced in everyday life. Comments on women's appearance are so commonplace and accepted that we can underestimate the effect they have on how women see themselves.

These powerful media images indicating a thin women is a good women are affecting people at a younger and younger age. In some disturbing statistics presented by the British journal of psychology half of three to six-year-old girls say they worry about being fat. By the age of seven, 70 per cent of girls want to be thinner. By nine, half have been on a diet. For girls aged between 11 and 17, it’s their number one wish in life. This may seem surprising, but when you think of the images seen in advertising, billboards, magazines, films and TV which glorify and focuses on thin actors, actresses, models and other ‘successful’ and ‘important’ figures it doesn’t seem so surprising after all.

In a study of children’s movies and books for messages about the importance of appearance, media targeted for children were heavily saturated with messages emphasizing attractiveness as an important part of relationships and interpersonal interaction. Among the movies used in the study, two Disney movies contained the highest amount of messages about personal beauty. This study also found 64% of the videos studied portrayed obese characters as unattractive, evil, cruel, unfriendly, and more than half of the portrayals involved the consideration or consumption of food.

Representation of overweight individuals in prime time programming is not representative of the actual proportion in the population. Only 14% of females and 24% of males featured in the top ten prime-time fictional programs of 2003 were overweight. Those that were shown had few romantic interactions, rarely shared affection with other characters, and were frequently shown consuming food.

Many times, even these "beautiful" women are deemed not good enough for advertisements. Photographs are airbrushed or otherwise altered to remove any lines, bumps, or lumps - anything less than "perfection." If the ideal of beauty is physically unattainable, then consumers will never be able to attain the image they want, and therefore there will be an endless demand for new beauty products.

This is the reason for the incredible proliferation of the weight-loss, fashion, and cosmetics industries, which are among the largest and most profitable consumer industries.

As a result, the millions of women and girls who are unable to reach this standard of beauty feel a sense of failure, shame, and guilt. In 1984 a survey of 33thousand woman was taken showing that most women would choose loosing 5 to 7kg over success in work as their most desired goal. This clearly shows how this desire to be thin infiltrates out from women’s individual lives into the advancement of their careers, participation in their unions and the political arena. Naomi Wolf describes dieting as the most potent political sedative in women’s history. The concern about weight leads to a virtual collapse of self-esteem and sense of effectiveness in women’s lives.

This change in perception of women’s ideal body came into being as a dominant feature of women’s everyday lives can be linked to women’s liberation movement of the 60s and 70s. The Women’s liberation was leading to a more assertive, politically clear, self-confident woman, the opposite traits of women concerned about their weight. What Naomi Wolf describes as caloric restriction was a means to take the oomph out of our desires to be treated as equal and has warped the struggle for our liberation from a mass movement into an individual struggle against our own bodies.

The distorted, unattainable, sexist mass images are a product of the exploitation of women as wage workers, unwaged domestic labourers and sex objects. They are an inevitable consequence of (and prop for) a system in which those with power benefit from the exploitation of women in the home and the workplace. Undermining women's self-confidence not only keeps them buying more and more products in their struggle to attain an ideal, but also helps to keep them from challenging their roles.

Campaigns to change the images without changing the social conditions which produce them and give them their power can advance things only so far. Legislation to ban particular types of advertisements, or regulating the size and shape of fashion models, doesn't challenge the basis upon which it is so lucrative for industries to use such images to sell their products.

The most effective way to combat sexist images is to develop a mass movement which aim to change women's unequal living conditions in a whole range of spheres and out of which alternative images, will develop. This will also challenge the nuclear family structure, the unpaid work in the home which the majority of women undertake and the pay gap between women and men. But further than this women’s liberation cannot be achieved by women alone, it has to be a part of a working class movement, intent on creating equality for all oppressed groups not just for women. A working class movement is the only way to completely topple and smash this tyranny of slenderness! 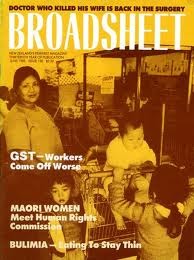 Posted by International Socialists at 13:30