Crafar Farm Sale: whose land is it anyway?

[This article is from the latest issue of our magazine, Socialist Review]

John Key’s phrase “tenants in our own land” has become a political cliche, picked up by almost all parties commenting on the Crafar farms sale. Echoing Key, on January 27th the Dominion Post quoted David Shearer describing the sale of the farms to Chinese business interests as ''open[ing] the way for more New Zealanders to become tenants in their own land''. Shearer, who has had nothing supportive to say about the Maritime Union’s campaign at Ports of Auckland, has been vocal in his opposition to the sale. The Greens pitched in too, describing the sale as “short-sighted”, while for Winston Peters, predictably, it is “treasonous.”

The farm sales have aroused a lot of indignation, and still more confusion. But workers – whatever the power of nationalist ideas amongst our class currently – have no stake in the populist passions being generated at the moment. This case taps into – and revives – old, and powerful, racist currents in New Zealand politics, currents that serve to divide our class, and to make us look to so-called foreigners as enemies, instead of focussing on the real divisions within New Zealand society.

The irony is lost on bourgeois politicians.  New Zealand,  a capitalist settler colony, was founded on the sale of land to foreigners – white, British foreigners. Sometimes that land had been bought from iwi; more often, it had been stolen.

The idea that more recent foreign ownership will make us “tenants in our own land” is nonsensical. Māori already are tenants in much of their own land, and it has taken decades of hard struggle to win back what land rights some iwi now have. And how many Pakeha workers own, like the Crafars did, 7892 hectares of farmland? The outcry about the Chinese-backed bid has nothing to do with self-determination or democratic control. It is a racist distraction, trying to make us feel like we have common interests with our rulers.

Labour and the Greens have tried to put a left-wing spin on this anti-Chinese argument. Greens spokesperson Steffan Browning argued that "foreign ownership of the Crafar farms means that the profits will flow overseas." Other politicians have suggested that foreign ownership is somehow more of a threat to Māori land rights than ownership by New Zealand citizens.

But Māori have had to fight local businesses and big farmers for their rights in the past, and it is hard to see how the situation would be any different with Chinese owners.

And  the idea that profits will “flow overseas”  does not match with how capitalism operates. Plenty of major New Zealand capitalists, from Fonterra to Cater Holt Harvey, invest profits abroad already. And companies within New Zealand don’t exploit us for profits in order for those profits to ‘flow’ to the rest of us! Profit goes towards the pursuit of more profit, to the expansion of business production. It is workers’ labour that makes this profit for the bosses, not their generosity in living amongst us that keeps it around us. 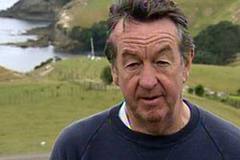 Any idea that New Zealand capitalists would be better owners of farmland than Chinese capitalists should explode when we stop to consider just who those prospective New Zealand buyers were. Michael Fay – famous for his role making money through New Zealand’s deregulation in the 1980s and 1990s – is estimated to be worth over $700m. In 2002 Fay and his business partner David Richwhite agreed to pay  agreed to pay $20 million to settle an insider-trading case over their sale of shares in Tranz Rail shares. When facing the heat over other tax deals, Fay relocated to Switzerland! Is this really a figure likely to help ordinary people? 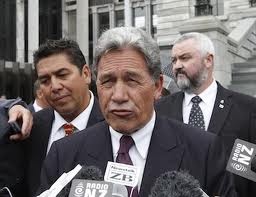 New Zealand capitalism was founded on land theft and the attempted destruction of Māori society. For that reason white society has always been characterised by a paranoid, anxious racism, insisting that we are “one people” while forever trying to suppress and forget the details of this history. For most of the last century Asians, initially the Chinese and then the Japanese, were the scapegoated “Other” for this paranoid nationialism.

This is the context in which we need to understand the noise around the Crafar sale. When John Campbell – as he did through January – leads stories with questions about whether “New Zealanders will be able to keep the farms in Kiwi hands” or whether they will go to “the Chinese”, he is encouraging the revival of this vile racist tradition. Worse, a poster on the Labour-supporting The Standard blog described a supporter of the sale as an “enemy of the people” and a “traitor to this country.”

In 2011 two Thai women were abused both physically and verbally in Nelson, a couple set their dogs on a Filipino man and Japanese student in Christchurch, a man in New Plymouth attacked his Indian neighbours' car with a machete, and a Chinese student was assaulted at an Invercargill petrol station. These are some of the physical and verbal attacks on Asians reported in the Human Rights Commission’s review of discrimination and harassment. According to the Commission’s survey, 75% of respondents named Asians as the most discriminated against group in society currently.

Racist populism not only distracts us from the real divisions facing workers, it encourages a climate where attacks like this can take place. That climate is a real problem for all workers. This dispute about ownership is the side-show.

Posted by International Socialists at 16:46

Email ThisBlogThis!Share to TwitterShare to FacebookShare to Pinterest
Labels: Racism and Anti-Racism, Struggle in Aotearoa