Rebellion of the Rank and File 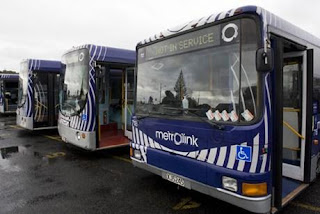 On 17 September a joint-union stopwork meeting of Auckland bus drivers voted against their union leaders’ recommendation to accept the latest NZ Bus offer. Unless a concession is made Auckland’s 800 bus drivers will be on strike next Monday, and plan to strike every Monday for weeks if necessary.

NZ Bus is owned by Infratil, one of those multinational vulture capitalist corporations that have fed off the privatisation of formerly publicly owned services. Only a month ago Infratil posted an annual profit of $127 million, up 6%. If they gave the Auckland drivers a $10,000 pay rise it would only cost $8m.

Why were the First Union and Tramways Union leaders recommending a deal that leaves the drivers being paid under $20 an hour, having to work 14 hour split shifts for 8 hours pay, and only getting time and a quarter for overtime? The top union leaders have egg on their faces, the penalty for not having more faith in the ordinary union member. It should be mentioned that the CTU President Helen Kelly “helped” with the negotiations.

The CTU are backing the Living Wage campaign. If the dealings with NZ Bus are anything to go by, this evidently doesn’t mean calling on unionists to take the employers on. The Living Wage campaign is a copycat from the UK. It’s a faith-based campaign; worthy, but of no use. The only people that can win living wages are workers themselves, through finding their strength in the workplace.

In 1906 the Auckland tram drivers went on strike illegally in defiance of the anti-strike the 1894 Industrial Conciliation and Arbitration Act. They were the first workers to do so.  It would be a delicious case of history repeating itself if the Auckland drivers’ set the trend again by showing how to really fight for a living wage.