A wave of anti-US protests in Okinawa 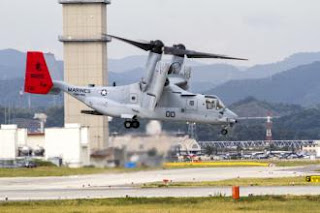