The Struggle for Equal Marriage Rights 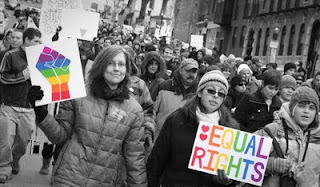 There are signs the struggle for equal marriage rights for lesbian, gay, bisexual and transgender people may be emerging as a live issue in New Zealand. Labour’s Lousia Wall and the Greens’ Kevin Hague both have plans for bills raising the chance of parliament granting equal rights for same-sex couples. It’s a sign of the widespread support for LGBT rights in the community that even John Key has felt pressured enough to indicate he would support a bill through its first reading.

Socialists support equal marriage rights – the right to choose marriage (or not), and to adopt children, are basic democratic demands. It’s a simple case of equality before the law for LGBT people. But, for us, just as important for us is the campaign this issue would demand. A visible fight for LGBT rights can put the homophobes on the defensive, and can advance a wider agenda of LGBT liberation.

The Fight for LGBT Rights

What rights lesbians and gays currently have were the product of struggle. Homosexual Law Reform in 1986 came about as a result of months of hard campaigning, street marches, dedicated activism and, when necessary, staring down the forces of the reactionaries. Many men and women still have scars from the beatings they took from the gay bashers, but the courage of people being prepared to ‘come out of the closets and into the streets’ built a movement that inspired others, and drew support from wider forces in the working class.

2012 is a world away from 1986 – there are ‘Schools Out’ groups, LGBT caucuses in the unions, many openly gay political figures, and Civil Union rights enshrined in law. The general atmosphere now is shown when even the reactionary Colin Craig frames his opposition to equal marriage in terms of support for Civil Unions! The homophobes – knowing their toxic views are in a minority – are, most of the time, afraid to express openly hateful views. This is thanks to the decades of work of LGBT activists.

In this context, many of the best LGBT campaigners have been lukewarm about, and sometimes openly antagonistic, towards the question of equal marriage rights, seeing it as at best a distraction, and at worst as a capitulation to middle-class respectability and the policing of Queer relationships in ‘straight’ models. It's understandable why this is the case - why fight for a reactionary institution like marriage, when its a pillar of sexism and the nuclear family, sustaining heterosexist ideas?

But let’s be clear – activists don’t always choose the ground on which they fight. With Obama having spoken – however vaguely – in support of equal marriage rights, and with the topic ‘live’ in political debate, the homophobes are organizing. If they manage to defeat marriage equality then they will be emboldened to make further sham ‘pro-family’ anti-equality demands. This will make all aspects of life less safe, and will make the bullies and the gay bashers bolder.

Campaigning – Out in the Streets

A campaign for equal marriage rights shouldn’t be seen as primarily about marriage, but about rights. Plenty of heterosexual couples have relationships they choose not to mark via marriage – same-sex couples should have that same choice. There are plenty of issues more obviously pressing in the fight against LGBT oppression – the tragic levels of suicide in LGBT youth communities most obviously, and bullying of LGBT youth in schools – but a successful fight for equal marriage would help build these campaigns. 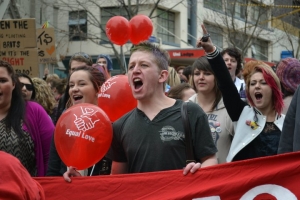 [A Melbourne rally in 2011 for equal marriage rights]

Imagine a vibrant, visible, public campaign celebrating LGBT democratic rights winning against homophobic forces. Wouldn’t the signs of this movement’s success – and its ability to force LGBT issues into the news and public discourse – be a blow for every bullied youth, for every LGBT working person, for everyone alienated by the ‘family values’ hypocrites?

Campaigns in the United States and Australia have brought a new generation of activists out into the streets. There is a battle for the heart of the movement, of course, and more conservative and ‘respectable’ forces will be happy with a campaign much tamer and limited than the one radicals and working-class Queer campaigners might produce, but we need to be facing this question – and this question as it is posed to us – for that chance to come up.

This is not, whatever the rhetoric of some commentators, a ‘minority’ question or a distraction from ‘real’ class issues. Our movement grows stronger as it fights oppression in all its forms, and a blow against homophobia can inspire other oppressed groups to stand and fight too.

Besides, it is important not to down play the anti-homophobic sentiments, however contradictory, of big sections of the working class. Polls consistently show widespread public support for equal marriage rights. This is not a ‘radical’ issue: A Research New Zealand poll in 2011 found that 60% were in favour, and 34% against, with support at 79% among 18 - 34 year olds. According to a May 2012 One News Colmar Brunton poll, 63% of New Zealanders supported same-sex marriage, 31% were against.

We can’t let equal marriage rights get left to the whims of M.Ps in a ‘conscience’ vote – not only do the consciences of MPs normally lag well behind the consciousness of the mass of the community, but this is a political question. Parties should be forced to give political answers. Where do the political parties stand on equal rights for all? This is a basic democratic demand, and needs a democratic response. MPs shouldn't be able to hide behind the excuse of conscience.

The question of equal marriage rights will become a litmus test – it’s a question where one has to decide whether to stand with an oppressed group claiming their rights, or whether to line up with the reactionaries.

In this context, it’s particularly disappointing that Hone Harawira has indicated he will not support a bill on equal marriage rights. The Mana Movement was founded as a ‘movement of the people’, offering a banner for the poor and oppressed. Are takatāpui class fighters not part of this vision? Equality for all before the law is a basic democratic demand - if Mana is to stay true to its promise as a party opposed to oppression it needs to be an explicitly anti-homophobic movement. Failing this test will weaken it for others to come. 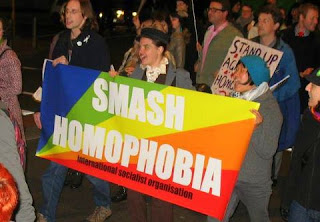 We take huge inspiration from the activist energy and anger of groups like Queer Avengers. They show the way forward – movements of the oppressed confronting bigotry and reaction can open spaces for progressive politics and identities to flourish.

In the coming months equal marriage rights will become an issue about which all politically-involved people and groups will need to take a stand. We are going to be tested. The challenge, from here, is to see if we can win equal marriage rights and, in the process, build a movement dedicated to a wider LGBT liberation. There will debates in the movement about how this happens, and about slogans and demands, over the Marriage Act and other questions. That’s a good thing, and a chance for raising consciousness.

The controversy around equal marriage rights offers  a challenge and an opportunity. We want to be a part of that.