Palestine and the Arab Revolutions 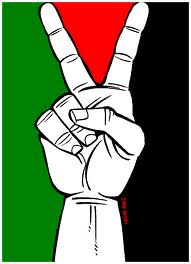 Jonathan Maunder looks at how Hamas, Fatah and Israel have reacted to regional uprisings

The wave of popular revolutions across the Middle East is radically shaking up established political structures and allegiances—and the tremors from these centres of unrest have had an effect on Palestine too.
Palestinian politics is dominated by two rival organisations, Fatah and Hamas (see box). They signed a reconciliation pact last summer. This has led to agreement on a unity government this month, with elections expected this May.

The pact is essentially a product of the Arab revolutions, particularly in Egypt and Syria. Millions protesting in the streets have focused the minds of Palestinian leaders on their popularity among their own people.
Two divides have fuelled anger among ordinary Palestinians about their leaders. The first is that between Hamas and Fatah. The two have often seemed more interested in fighting each other than fighting Israel.
The second divide is between the mass of people and the elite. Many Palestinians see the Fatah-led leadership in the West Bank as weak and compliant in the face of Israeli occupation.

They see Fatah leaders living comfortable lifestyles in smart Ramallah villas, while the majority of Palestinian families live in poverty.
The fall of Egypt’s former dictator Hosni Mubarak and the rise of the Muslim Brotherhood in Tunisia and Egypt has been a key factor shaping the Hamas-Fatah agreement.

Mubarak was an important backer of the Fatah leadership led by Mahmoud Abbas. He provided money and weapons for Fatah to mount a coup against the elected Hamas government in Gaza. This coup was pre-empted by Hamas in 2007, an episode still misrepresented in the West as Hamas “seizing power”.

The loss of a stable and important ally forced Fatah into a strategic reorientation. Unity with Hamas is one aspect of this. The other is a shift away from the negotiations with the US and towards a bid for Palestine to become a state recognised by the United Nations.
For Hamas, the Egyptian revolution meant the fall of a hated opponent. It also opened up the possibility of a greater role for its parent organisation, the Muslim Brotherhood. This possibility was realised with the Brotherhood’s success in the Egyptian elections.

Egypt’s generals and the US are now courting the Brotherhood leadership. This has given Hamas the confidence to strike a deal with Fatah. But it also highlights contradictions in the politics of the Brotherhood and Hamas.
The Brotherhood is now caught between Egyptian popular support for Palestinians and the “stabilising” role that the generals and US expect of it.
The extent to which the Brotherhood compromises on key issues—such as policing the Egypt-Gaza border and respecting Egypt’s “peace treaty” with Israel—will have a big impact on Hamas’s credibility and strategy.

The Syrian revolution has also made Hamas more reliant on reconciliation with Fatah. Unlike Lebanon’s Hizbollah, Hamas’s leadership has refused to back Bashar al-Assad’s bloody repression of the revolution.

This prompted Assad to rebuke the Hamas leadership for failing to defend his regime against a “foreign conspiracy”. Most staff at the Hamas political bureau in the Syrian capital Damascus have now been moved out, leaving the leadership looking for a new home.

Hamas’s leader Khaled Meshaal is now in talks with Jordan’s King Abdullah. The fact that Hamas is reaching out to a conservative pro-Western monarchy highlights the tensions in its strategy.

The natural home for Hamas would be Egypt. But the military regime there is not prepared to allow Hamas a permanent base.

A further option is Gaza. But this would place the leadership at grave risk of attack by Israel. It would undermine Meshaal’s attempts to reposition Hamas. It would also strengthen the influence of Hamas’s Gaza-based leader­ship, which wants to keep the option of armed resistance open.

For ordinary Palestinians, the important question is whether these shifts in Palestinian leadership offer any hope of resisting Israel’s brutal occupation and apartheid policies. 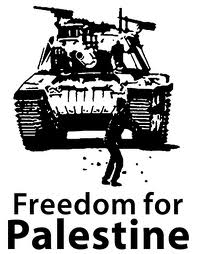 Despite the presence of courageous and principled activists on the ground, neither Hamas nor Fatah has a strategy that can win liberation for Palestine.
The Fatah leadership is deeply compromised and fearful of popular mobilisation. This was shown by an early demonstration in Ramallah in solidarity with the Egyptian revolution. It was violently broken up by Palestinian Authority security forces.

Hamas will now have to accommodate with this leadership and face further pressures if the Brotherhood in Egypt accommodates to Israel.

The reconciliation deal has already caused tensions within Hamas. The Gaza based prime minister Ismail Haniyeh argues that the Palestinians must reserve the right to armed resistance as well as non-violent civil resistance.
For many years socialists have argued that liberating Palestine would require popular revolutions across the Middle East to topple the regimes which prop up Israel. The road to Jerusalem runs through Cairo, as the saying goes.
The revolutions which have taken place in the past year have changed this from an abstract slogan to a tangible, if still distant, possibility.

The greatest hope for Palestinian liberation now lies in developing this self-conscious movement of the majority across the region—in the streets, workplaces, schools and universities.

[This article was first published in Socialist Worker UK]
Posted by International Socialists at 19:25